The Great Dogsled Rescue Part II: The Journey to Nome 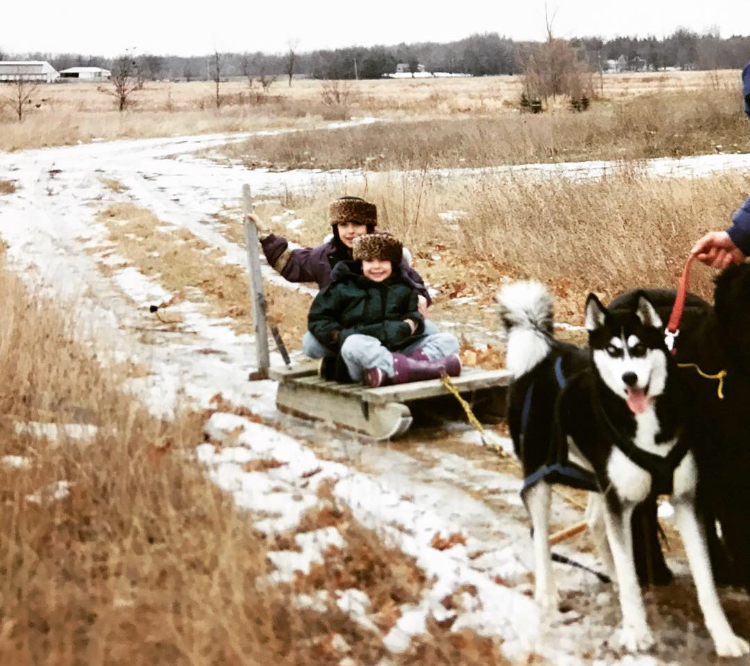 The spread of diphtheria in Nome was eminent so the government of Alaska came up with a strategy to get the life-saving serum to Nome.  By train, the serum was transported to Ninana and then teams of dogsleds were to relay the serum to Nome.  We left off Part I with the start of the rescue from Ninana to Nome with “Wild” Bill Shannon taking the serum on the first leg.  It was a brutal 53 miles but “Wild” Bill was able to deliver to the next team. Braving the bitter cold, the mushers and dogs relayed the serum in unbelievable conditions.  As one musher put it, “The monster is the cold.  You need to keep it out but if you let it inside it will kill you.”

The first leg started on January 27 and we fast forward to the halfway mark.  On January 30, Charlie Evans and his team of nine dogs began the second half of the rescue.  Charlie was 21 years old and when his team left at 5 a.m. it was -64 degrees! He and his team made the 30-mile trip to Nulato in an amazing time of 5 hours!

All the mushers and dogs deserve a lot of credit but Leonhard Seppala and his lead dog, Togo, traveled the longest, 91 miles. Seppala was considered to be the champion musher of Alaska and he and his lead dog, Togo, became legendary.  Seppala preferred the smaller, faster Siberian Huskies. He raised and trained dogs by dividing them into two groups, the “A” racing group or the “B” working dog group.  The “B” group Seppala considered to be inferior dogs and that is why he made them the working dogs.  The “A” dogs were trained only for racing and received special treatment. Seppala started the 18th leg from his home in Nome and went to Shaktoolic. From Shaktoolic, he received the serum from Henry Ivanoff and then turned around and went back toward Nome where he relayed the serum to Charlie Olson at Golovin.  During his run, Seppala endured a 20-mile trek that was especially dangerous on the sea that was ice covered. The blinding snow storm kept Seppala from seeing anything and he had to depend on Togo to lead the team.  Togo’s great sense of smell eventually led the exhausted team to their destination at Golovin.  The serum was now only 78 miles to Nome!

Olson met a team at Bluff led by Gunnar Kaasen.  Gunnar, from Nome, was a good musher but he did not have a team of dogs.  He went to Leonhard Seppala’s home where he was able to put a team together.  Leonhard was not present at the time, but his wife let Gunnar pick the dogs he wanted.  Gunnar, ironically, selected a dog from Seppala’s “B” group, to be his lead dog.  The dog’s name was Balto who became famous and became the most recognizable name in the entire rescue.  In fact, a statue of Balto is located in Central Park, New York.  During the home stretch to Nome, Gunnar and his team experienced a horrific accident.  The sled toppled over, and the serum was lost!  Could it be that after the men and dogs risked their lives that the serum would be lost so close to Nome? Frantically, Gunnar got on his hands and knees in the deep snow looking for the serum. Miraculously, he felt a lump in the snow which happened to be the serum!  With the serum now safely tucked away, Gunnar flipped the sled right side up and Balto continued the trip to Nome.  The team was supposed to stop and hand off the serum to another team, but Gunnar didn’t see any lights on and figured that the team was asleep.  Not wanting to bother them he passed them by and finished the final leg.

Balto and Gunnar rode into Nome and the rescue finally came to an end as the people breathed a sigh of relief.  The serum was given to the doctor who administered it to the sick and the epidemic was averted.  The 700-mile trip was completed in an amazing time of five and half days. Most of the teams kept an average speed of 8-10 mph through snow, ice, wind and frigid temps. One hundred and fifty dogs and twenty mushers made the most incredible dogsled trip of all time!

This was the last of the dogsled runs used for rescue purposes. Today, the Iditarod is an annual competitive dogsled event that is ran from Anchorage to Nome but “The Great Race of Mercy” will forever be the greatest dogsled race of all time.

(Unless otherwise noted the facts of the story are taken from the Discovery Channel, “The Greatest Dog Story Ever Told”