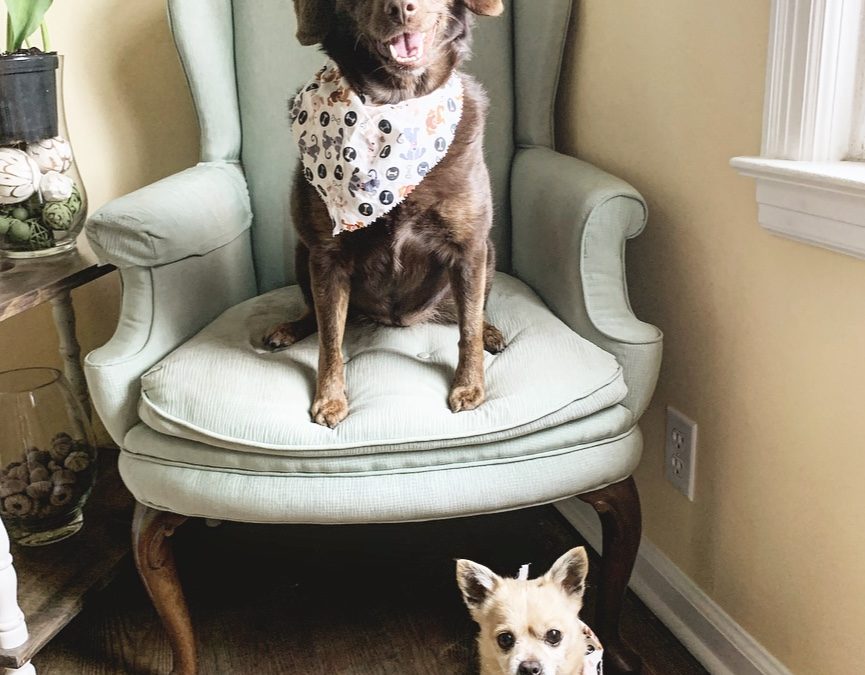 Hey everyone, it’s Minna here! I’m here to tell you all about my new brother. Listen, when my human first told me she may be bringing home a new friend for my Canine Club, I was a little worried. I mean, would my human still be there for me to walk her? Would she still give me paw massages? And what about the cheese slices? Would the new guy eat all of the cheese?

Let’s be real; I was a little worried I wouldn’t be the number one princess in the house any more. After a few days, I learned my next rule for living a classy and fabulous life.

Minna’s Rules to Live a Classy and Fabulous Life

Open your heart to new pals. You don’t know what they’ve been through.

A few weeks ago, I started noticing my human wasn’t leaving to teach her little humans anymore. I thought, “Summer must be here!” I even called off school for Minna and the Canine Club. When it started snowing one day, I realized maybe summer wasn’t actually here just yet. After I did some sniffing around, it turns out that there’s something out in the world right now that may seem a little scary to some humans. I think it’s special though, because my human can spend all day with me (even though she takes up the whole couch…)!

One day, she was reading her silver box thing when her eyes got as big as Blue’s when he sees a pizza. “We have to help!” She yelled. She told me that there are dogs out there, just like me, that are living in something called a shelter with no human to give them paw massages or gourmet food at night. I couldn’t believe it! She told me that during this strange time in the world all these dogs especially need our help and that we should foster a dog. I didn’t know what this word foster means, so I asked Blue. He told me it means they live with you until they find their forever home.

At first I was extra glad we were just fostering. I mean, I can help out a fellow pup for a short time, no problem! But then, I got this sinking feeling in my gut. “What happens after we foster?” and “It’s kind of sad some little pup is going from house to house with no real family.”

Then, one rainy Thursday, my human came home with this tiny ball of fur. I thought this would be fun so I gently ran up to him wagging my tell. I’m not going to lie to you, he growled at me. I got a little scared. But then, he followed my human EVERYWHERE, even to the bathroom! It was clear he needed to be reading my rules to live a classy and fabulous life.

I got jealous. He’s cute and all, and he doesn’t take up any room, but he seemed to be obsessed with my human, MY human! Didn’t he know she was mine? And didn’t my human see that he can be a little annoying? I mean, he makes a LOT of weird gremlin noises; when he eats, when he sleeps, when he gets excited. And before he goes to bed, he cleans out his ears and then licks his paws…gross! Boys! I kept trying to count down the days until he would find his new forever family.

Two days after he was with us, he started getting pretty sick. Big clumps of white gunk was on his noise and he started coughing…a lot. I could tell he didn’t feel good, and you know what? I started feeling bad. I could tell my human was worried, and I don’t like to see her worried. Well, he kept acting funny, and I had this sinking feeling that maybe I wasn’t being nice enough to him. Thankfully, my human got him medicine and he’s doing much better.

Then a few days later, I was perched on the couch watching the world go by, waiting for my human, when guess who jumped up to watch with me? None other than the new little guy. At first I was a little annoyed, but then I looked over at his small body and saw the happiness that was in his eyes, being able to look out of a window. I saw how he would growl when another dog walked by our house and I thought, “Wow! I growl at new dogs, too!”  I saw how he would accidentally fall asleep when the sun hit him just right and I did that too! And I watched how he wagged his tail SO hard when our human got home and I realized in my head, I called her “our human.”

He loved my human just as much as I do. I found that we really aren’t that much different. He may be a lot smaller and make a lot more noises, but it’s really what’s on the inside that counts. I knew I had to let him into my heart. His life before here probably wasn’t that glamorous and great, so I’m glad that he has a forever home here with us.

So, meet my brand new brother, Elmer! Here are some of his favorite things:

Sleeping Spot: Anywhere in the sun

Talent: Dancing on his hind legs

He seems pretty great, huh? I learned that we all need to open our heart more, now more than ever. If you and your human want to open your heart to a foster pet (or even give them a forever home like we did with Elmer!) reach out to local shelters in your area. You will make a difference!