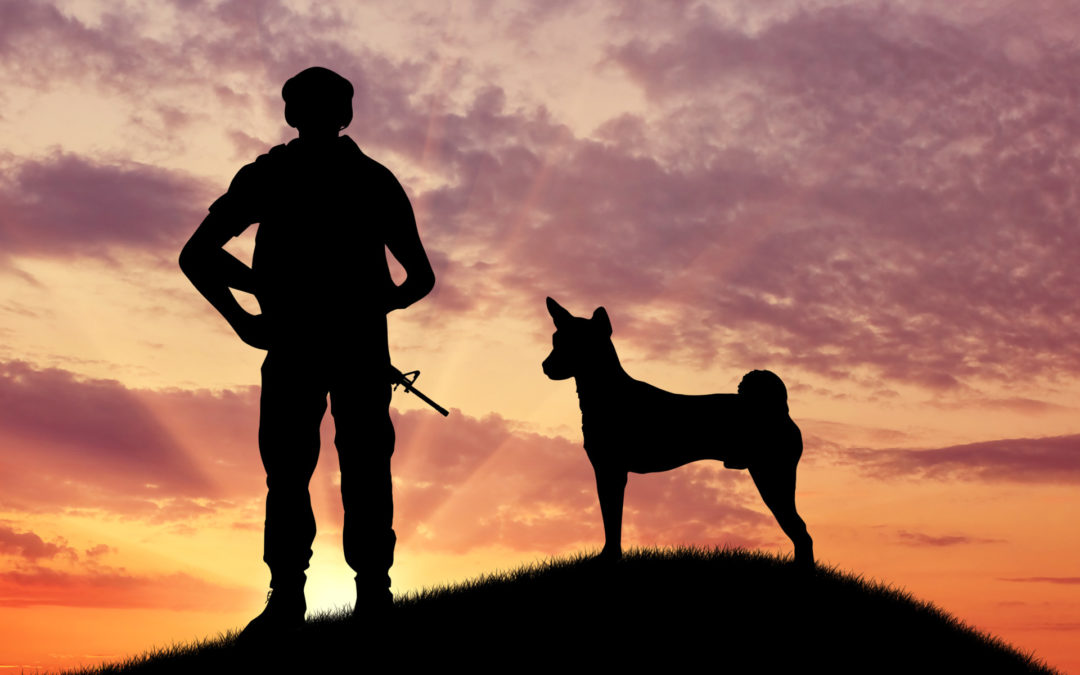 During the latter half of World War II, land mines became common and an effective means of defense.  Landmines are buried in the ground and are detonated when a vehicle runs over it or if a soldier steps on it.  If the explosive does not kill the soldier it usually maims the soldier horribly.  Hitler order his German military to bury millions of these deadly mines.  The only way to detect the mines was to have the soldiers crawl on their knees, prodding and poking into the soil with his bayonet.  This method was not only extremely dangerous but slow.  The landmines became not only an effective physical barrier but a psychological one as well.  Because the mines were cased in glass, concrete, plastic and wood made it difficult to detect for even the best dogs with keen smelling abilities.

In 1941, Herbert Lloyd, ran a mine-hunting experiment in Northaw, England with his Cocker Spaniels including his dog, Rex.  Lloyd’s approach would be to emphasize rewards when the dogs in training would find the “prize”.  Lloyd estimated that it would take three months to get a dog trained for detecting mines.  All the training was done at twilight or dark to simulate the war.  In addition, the dogs were exposed to loud noises and distractions.  The first of the six steps was to feed the dogs half of what they normally eat for meat and biscuits.  This lasted for one week and then the second week the dogs were only given biscuits.  However, while the dogs worked, they would be fed meat which was a big treat for the dogs.  When the handler put the leash and working harness on this told the dog that he or she “was on duty”.  In the next step, defused mines were placed on top of the ground and the dogs had to walk from left to right “sweeping” the area for mines.  The incentive for the dogs would be that meat would be given to them when they stopped at a mine.  The next stage, the mines were planted in the ground with only the tops showing above the ground.  Again, meat was the reward when the dogs stopped at a mine.  Once that stage was mastered the handlers would rub the mines with meat and bury the mine completely in the ground.  Finally, the mines would be buried completely in the ground with no scent of meat on them.  At this time, the dogs, associated finding the mines with getting a reward.  If the dog would stop at a spot where there were no mines the dog would not get any meat but would not be punished.  Teaching the dogs how to “sweep” the mine fields was crucial.  The dogs first went from left to right then diagonally from corner to corner.  During the training, to prevent fatigue and boredom the dogs would not work longer than 30 minutes and given 15-30 minutes rest in between. The handler would only pet the dog as a reward for good behavior and harsh words for correction must be given immediately and justly.  On an average, only 1 out of 5 dogs met Lloyd’s standards that would be used in real combat.  Incredibly, these dogs, or M Dogs as they were called, were able to find landmines, save many lives from this deadly weapon and play a big part for the United States and its allies to win the war and defeat Hitler’s Germany.

(Facts taken from, ‘Dogs of Courage’ by Clare Campbell)