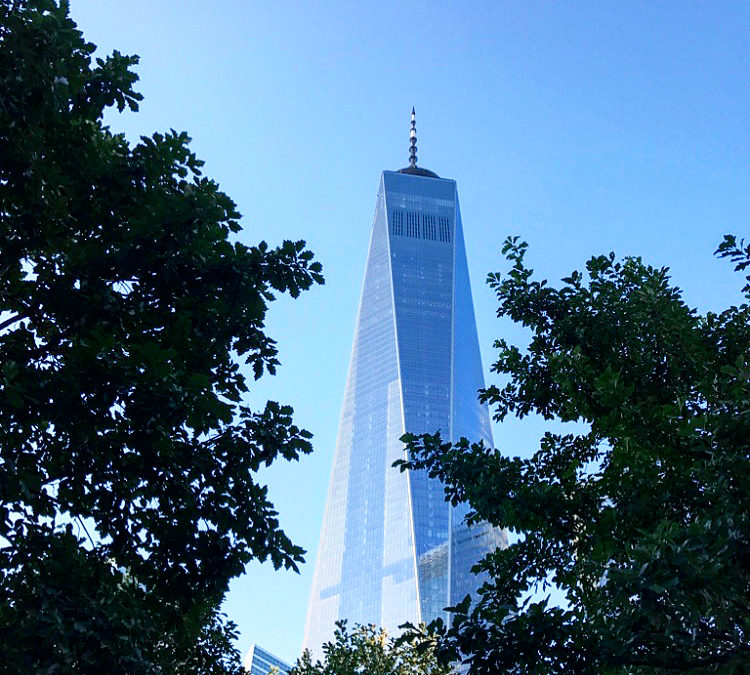 In part one of our Hero Dogs of 911 blog I wrote about Roselle, who led Michael Hingson, a blind man safely down from the 72nd floor of one of the twin tower buildings.  At the same time this story was unfolding there were many other heroic feats on this tragic day of September 11, 2001 in Manhattan.  One of which, was Lt. David Lim and his yellow lab dog Sirious who worked in security and their job each day was to check trucks for bombs and clear the way for VIP’s.  In the morning, David overheard on the radio that there were explosions.  He told Serious that they were going to be in a lot of trouble because something must have slipped past them.  Since Serious is a bomb sniffing dog and not a rescue dog Lt. Lim thought it was best to put Sirious back in her cage which is located on the basement level of tower one. Lt. Lim then went up to the tower to help people get down the stairs.  When Lt. Lim got up to the 44th floor he finds out that the other tower had collapsed. He knew that it was just a matter of time before this tower would collapse, too.  Soon, with loud sounds and the building collapsing, in a moments time Lt. Lim found himself covered with debris.  It all happened in about 10 seconds and then there was silence. He coughed and told himself, “Dead men don’t cough! I am alive!”.  However, Lt. Lim began thinking about Sirious and felt terrible because he knew that most likely he had died and was buried beneath the rubble.  Lt. Lim was trapped for several hours but miraculously he was rescued.  Days later, rescue workers called Lt. Lim and told him they found a body with his shirt covered over it.  When he went down to check out the body bag he discovered that the body was not a human but a dog.  It was Sirious, covered by Lt. Lim’s shirt during his last moments.  Sirious was the only dog out of 300 rescue dogs who died.  When the fire fighters and the rescue workers lifted Sirious out they turned off the equipment, took their hard hats off, bowed their heads and said a prayer. This was the same procedure they did for each human being, as well.  When the mess was cleaned up at ground zero they held a ceremony. They gave a special salute to Sirious and presented to Lt. Lim a water bowl used by Sirious which had a special remembrance engraved.  You can visit the Lower Manhatten Battery Park, where you can see the Sirious Dog Run, built and maintained by the City of New York.

The facts of the story are taken from Animal Planet/Discovery USA on September 10, 2013