Hero Dogs of 911 – Amazing Stories of Courage! Part I: Roselle Leads the Way 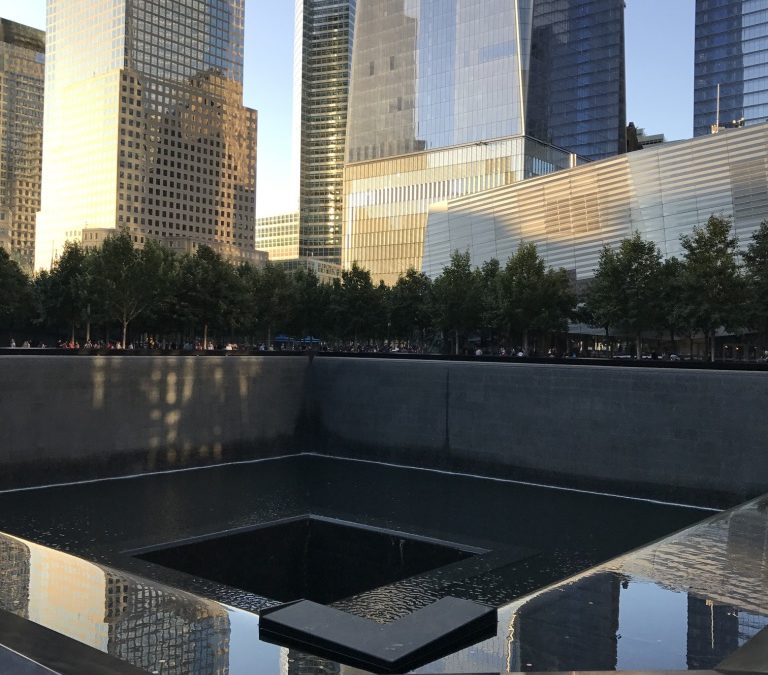 Ten-thousand emergency workers and 300 dogs risked their lives in rescue efforts caused by the devasting attack on American in Manhattan. The dog handlers and their highly trained dogs, searched, comforted and led owners to safety.  Three thousand people and one dog died because of this horrific act.

It was a beautiful day on September 11, 2001 but the day got ugly fast. On September 11, 2001, Michael Hingson, blind since birth, was working on the 78th floor of the Twin Towers. Suddenly, the building shook and Michael thought it was an earthquake as he felt the building move to one side. He was sure that life would be over for him and his best friend, a guide dog, named Roselle. He was surprised, however, that the building seemed to come back in place, vertical, again.  He was also surprised that Roselle was just sitting, yawning and wagging her tail. Michael knew, however, that something terrible was wrong. Michael and Roselle worked well as a team and since Roselle did not show anxiety this was the best time to evacuate in an orderly way.  Michael was one who never let his blindness prevent him from overcoming obstacles, but he would need help from Roselle to lead him down the stairs.  Michael harnessed Roselle and they went out into the stairwell where there was panic and people scrambling down the stairs.  As difficult as it was, Michael had to focus on Roselle and keep encouraging her.  It was important that Michael stayed calm because if he became nervous then Roselle would stop and look at him and she would become afraid.  When they got a little past halfway on the 30th floor they met a fireman.  The fireman asked he was ok and Michael assured him that he was.  The fireman was nice and told Michael that he would get someone to help him down, but Michael said that would not be necessary.  When a guide dog has a harness on it means that it is time to work and not play which includes petting.  The fireman couldn’t help but to pet Roselle and she gave him kisses back.  Tragically, the fireman, would climb the stairs and die in the fire and smoke.  I think the fireman was supposed to pet Roselle because the last act of love the fireman would ever receive came from Roselle.

Despite smoke and water filling the stair wells, miraculously, Michael and Roselle made it down to the first floor where they met law enforcement who directed them to the exit.  When they were finally out safely Michael hugged Roselle and tears of joy came bubbling forth! Michael and Roselle were one of the lucky ones!   Next week we will continue with Hero Dogs of 911 as we read about the incredible story of Sirious and Lt. David Lim

The facts of the story are taken from Animal Planet/Discovery USA on September 10, 2013