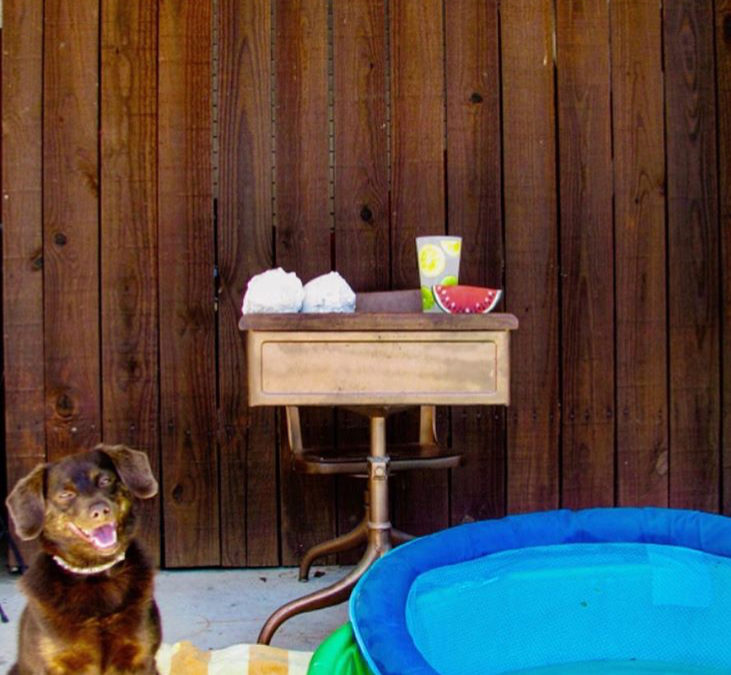 Just what are the “Dog Days of Summer”and do they have anything to do with our canine friends?  As a kid I thought the phrase was an idiom that referred to the relentless hot days that left everyone feeling overheated and lazy.  After a little research I found that I was partially correct. The Dog Days of summer refer to July 3 – August 11.  The phrase has nothing to do with our pets and everything to do with astronomy.  This is the time when Sirius, the brightest star visible from any part of the Earth, rises and sets with the sun.  The ancient Romans believed its brightness contributed to the hot temperatures. Sirius is part of the constellation Canis Major, the Greater Dog, and is sometimes called the DogStar.  That is why these days are referred to the Dog Days of Summer.  What does your dog like to do during these sultry summer days?  Here’s a picture of what Minna doesn’t like to do. She doesn’t want to exert herself too much!